When I first saw this book my first thought was: gimmicky. It has a flashy bright orange cover and a quick flip through the pages will give you a dozen word art pages, sketches and designs for space ships, and a whole bunch of other little design features you don’t find in most novels. I’ve seen books like this before, where their cool mixed-media styles are like a venus fly trap. All pretty and enticing on the outside, but the inside? An unfortunate trap eating a piece of your soul instead. So, naturally I was hesitant. Plus, this book was everywhere at BEA. And I mean EVERYWHERE. Usually we had to fight people tooth and limb for a soft cover ARC that didn’t even have cover art yet, but there was this big, flashy hardcover ARC just sitting in piles whenever you turned a corner. It was suspicious, I tell you.

But clearly those big, suspicious piles meant that the publishers had a lot of faith in this book, and it was for a good reason. Everything flashy and somewhat gimmicky about this book had a purpose. They actually enhanced an amazing story, rather than being the only draw.  And the story… I just want to throw this book at people. Crazy AIs, space chases, hacking, your mom jokes (ok, they were your sister jokes), rage zombies, espionage – what more do you want?

Katie and Ezra are cute. They start off in the middle of a break-up which could not be more fun, because a megacorporation accidentally scheduled an apocalypse at the same time. (This is what people are talking about when they ask “What’s the worst that could happen?”, isn’t it?) But the real star of the show is AIDAN the very broken AI. Struggling to keep everyone safe, he’s a little annoyed when people get hung up on his newly emerged murderous tendencies.

If you’re a fan of Firefly, 2001: A Space Odyssey, 28 Days Later, Event Horizon or any of those miner movies where they take on The Man, this is the book for you. You don’t have to be a sci-fi fan to enjoy it. It’s got enough romance and hacking and everything else to get you through.[/tab][/tabgroup] 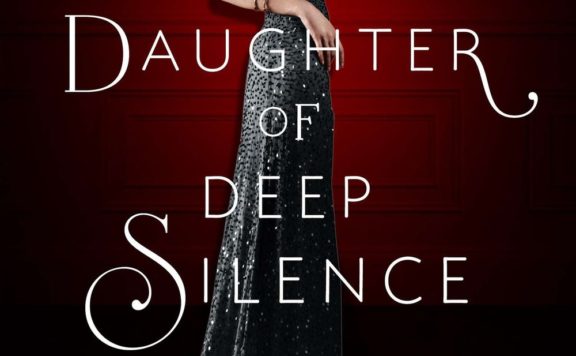 This morning, Kady thought breaking up with Ezra was the hardest thing she’d have to do. This afternoon, her planet was invaded.

The year is 2575, and two rival megacorporations are at war over a planet that’s little more than an ice-covered speck at the edge of the universe. Too bad nobody thought to warn the people living on it. With enemy fire raining down on them, Kady and Ezra—who are barely even talking to each other—are forced to fight their way onto an evacuating fleet, with an enemy warship in hot pursuit.

But their problems are just getting started. A deadly plague has broken out and is mutating, with terrifying results; the fleet's AI, which should be protecting them, may actually be their enemy; and nobody in charge will say what’s really going on. As Kady hacks into a tangled web of data to find the truth, it's clear only one person can help her bring it all to light: the ex-boyfriend she swore she'd never speak to again.