When I was in high schoo, To Kill a Mockingbird was forced down everyone’s throats between the grades of 9 and 10. To my early teenage self I was really surprised to find that I liked it. At a time where I was obsessed with fast paced action stories, there was something about this quiet little novel that spoke loudly to me.

I expect it was Atticus Finch.

I’m also going to blame Gregory Peck for further endearing me to the character. That man has the voice of an angel. But we’ll talk about Watchman Atticus later. It’s almost impossible not too.

There are certain things about this book I really really liked. All of the flashback scenes to Scout’s childhood are awesome. When I heard that when the publisher received the manuscript and asked for Lee to write more about childhood Scout I was confused, now after reading it it’s extremely clear that these are the strongest parts of the novel.

My favourite flashback has to do with Scout going to homecoming with Henry. Since she thinks she looks like a bowling pin in her dress she pads her bra with a pair of falsies. The next morning her falsies are found hanging off of a memorial to the local soldier fighting in the war. The principal gives an ultimatum for the girl who left them there to step forward. To save Scout from dying of embarrassment (because she knew she would have to go forward) Harry and Atticus form a plan and get all the girls in the school involved.

The majority of Watchmen follows Scout as she returns to Maycomb County, only to see it for what it is. No longer is her hometown shrouded in the safe childish view, and she sees it with her new adult eyes. Scout has been living in New York City and has been surrounded by more “modern” and “forward” views. These thoughts and ideas that she takes as the logical continuation on what her father has taught her don’t exactly fit with the ways of Maycomb.

Which brings us to Atticus.

Atticus Finch, the man with no flaw is… a racist. In one of the most intense scenes Scout shouts at him: “you’re no better than Hitler!”. A sentence that I never thought would be said to Atticus ever. This was the man who practically embodied “do unto others as you would have them do unto you.” No one in Maycomb has anything bad to say about Atticus Finch. He’s the representation of order, justice and all-round goodness. He’s a good father in a book with many bad representations of fatherhood.

He’s Scout’s role model. He gives the best advice. Throughout Watchman, the reader begins to see beloved character crack, and that all of that goodness can’t cover the bad. The reader with Scout is forced to realize the horror that their hero is actually kind of an awful human being.

I remember that rape case you defended, but I missed the point. You love justice, all right. Abstract justice written down item by item on a brief—nothing to do with that black boy, you just like a neat brief. His cause interfered with your orderly mind, and you had to work order out of disorder. It’s a compulsion with you, and now it’s coming home to you—”

As I read through this novel I was constantly wrestling with this portrayal of the character. I had two main reactions.

1. This is an earlier novel than To Kill a Mockingbird and there are certain hints that this takes place in a different continuity. In Go Set a Watchman, Atticus wins the Tom Robinson case.

2. It’s Dumbledore all over again.

There was a lot of backlash after the release of the final Harry Potter book, where JK Rowling reveals that Albus Dumbledore, the ultimate representation of good and kindness wasn’t exactly the most good and kind. In fact he had a bit of a dark side.

The more I thought about it, the more it made sense. When you’re a kid you tend to see things in shades of black and white. You’re either the good guy or you’re the bad guy. With Watchman Atticus we watch as Scout realizes that good and evil as separate entities don’t really exist. Atticus, who she has always seen as the ultimate portrayal of good, is in fact still human and has faults. This in no way justifies his beliefs and Scout needs to learn to live with that. Sometimes you should never really meet your heroes.

It’s really neat to see Harper Lee develop as a writer. The change on the Tom Robinson case, the strength in her voice. Mockingbird will always be a stronger novel.

Go Set a Watchman wasn’t a bad novel, it just wasn’t at the same calibre as To Kill a Mockingbird. I had a really hard time rating this book on an out of five scale. I found myself fluctuating between a three and a four. The parts of this book I liked, I really liked. The stuff I didn’t like, well it was distracting. As a comparison and companion piece to To Kill a Mockingbird, then its worth the read. You can tell that Harper Lee is still coming into her voice and you can see the beginnings of what will eventually be To Kill a Mockingbird.Do I still love Atticus Finch? Yes, to me Mockingbird Finch will always have a place in my heart. Watchman Finch is just an alternate universe character, a man who my Atticus could have been.

Summary
Nowhere near as heart hitting as To Kill a Mockingbird, Go Set a Watchman returns the reader to Maycomb Alabama. Watchman gives you an insight to how To Kill a Mockingbird came to be, and for that this book does have a special place in my heart.
Good
Bad
7.8
Good
Plot - 7
Characters - 8
Setting - 7
Writing Style - 10
Enjoyability - 7 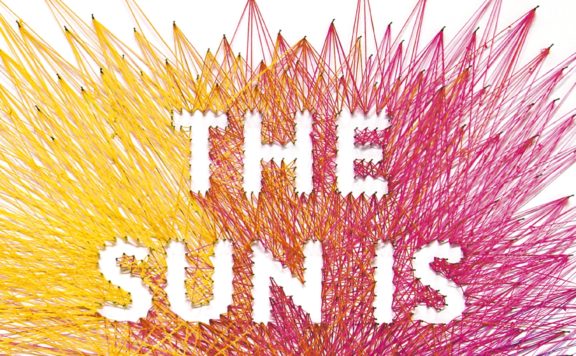 Maycomb, Alabama. Twenty-six-year-old Jean Louise Finch--"Scout"--returns home from New York City to visit her aging father, Atticus. Set against the backdrop of the civil rights tensions and political turmoil that were transforming the South, Jean Louise's homecoming turns bittersweet when she learns disturbing truths about her close-knit family, the town and the people dearest to her.

Memories from her childhood flood back, and her values and assumptions are thrown into doubt. Featuring many of the iconic characters from To Kill a Mockingbird, Go Set a Watchman perfectly captures a young woman, and a world, in a painful yet necessary transition out of the illusions of the past--a journey that can be guided only by one's conscience.

Written in the mid-1950s, Go Set a Watchman imparts a fuller, richer understanding and appreciation of Harper Lee. Here is an unforgettable novel of wisdom, humanity, passion, humor and effortless precision--a profoundly affecting work of art that is both wonderfully evocative of another era and relevant to our own times. It not only confirms the enduring brilliance of To Kill a Mockingbird, but also serves as its essential companion, adding depth, context and new meaning to an American classic.
0
Average User Rating
0 votes
Have Your Say!
Your Rating: 0
Submit
Write A Review
Writer:Harper Lee
Genre:Coming of Age, Contemporary, Horror, Paranormal
Publisher:Harper Collins
Reading Level:Adult
Format:Book